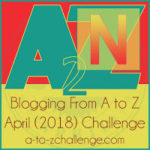 I bet most of you thought I was going to talk about Neville Longbottom from the Harry Potter series but alas, although he was one of my favorite characters, especially played by Matthew Lewis, it is not the Neville I speak of.

When I was in my second year of college I was introduced to Edward Gorey and his book The Gashlycrumb Tinies.  Gorey was an American writer and illustrator known for his pen and ink drawings of Victorian settings. Most people know him from the animated credits of the PBS Masterpiece Mystery. 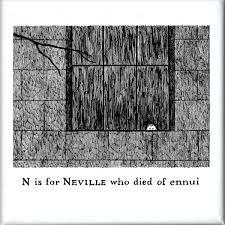 The Gashlycrumb Tinies is as funny as it is macbre. Told in rhyming couplets of the tinies as they meet a fate. In particular, one of the Tinies, Neville, became a recurring character around our dorm.

N is for Neville who died of ennui. Neville appeared on message boards and in the corners of Biology 101 notes. Neville became a battle cry to beat the doldrums of studying for finals at 3 in the morning.

So, Kim, if you are reading this. N is for Neville!

H is for Homer (and Alaska)

A few years ago, we traveled to Alaska for a surprise 40th birthday party for one of our friends. I had never been to Alaska before, it had been on my list of places to visit for a long time. We had limited time, but we intended to make the most of it. We flew […]

There’s absolutely nothing I like better than curling up with a warm blanket, a cup of tea, and a good book. From the time I was little, books have always been my go-to when I need to escape from reality. I am always on the hunt for new authors and horse books are right at […]