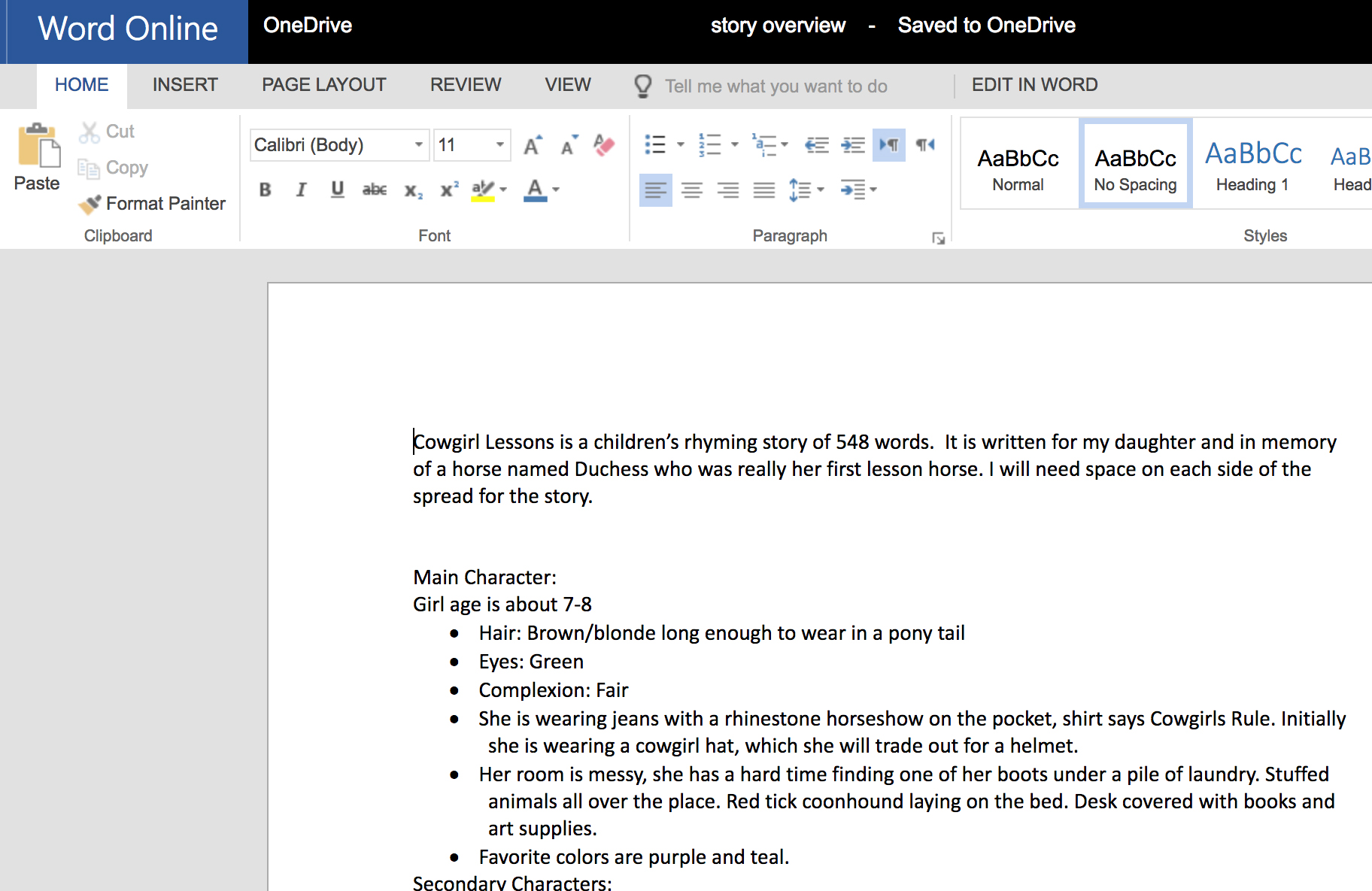 Depending on where you are in the process of writing your book, character mapping will prove to be an invaluable step.

I actually recommend you start character mapping even before you start writing. This is where you really get to know your characters, who they are, what motivates them, etc. Although sometimes your story just pours out and you do character mapping on the back end.

The easiest way to do this is to start with a blank page and write down your first character. Now describe the character.

This could go on, but I think you get the idea. You want to understand this character inside and out. Repeat this process for every character.

Then continue this process and describe the locations where the story takes place. For instance, part of my story took place at the girl’s house. I created a list of what the house should look like: updated Victorian, claw foot bathtub, two stories, stairs, and so on.

In some cases, I found pictures online to convey and attached them to the document.

If you are not doing the illustrations yourself, this character mapping will help your illustrator visualize the story plus it really helps you build stronger characters.

The second part of this leads to storyboarding.

F is for Florence

I bet you thought I was going to talk about Florence, Italy. But…I’m not. There is a beautiful spot on the Oregon coast that shares a name with the famous town in Italy. It’s a quaint small ocean town right next to the Oregon Dunes National Recreation Area. Most people know the area from the […]

E is for Evergreen Aviation and Space Museum

About an hour west of Portland, Oregon is probably in the ranks of the best aviation museums in the country. The Evergreen Aviation and Space Museum was founded in memory of Captain Michael Smith King to celebrate the innovation, history, and the pilots of aviation. Among the most famous planes on display is the Spruce […]